Who was the hardest Bond? A Chemical Perspective

Opinions vary wildly on the internet indeed as elsewhere about who was the best James Bond. From die-hard Sean Connery fans to those who swoon over a buff Daniel Craig. Today I take a look at the Bond phenomenon. Not to arbitrarily comment on who was the best, but rather to focus on who was the hardest. And to help me I am turning to science. More specifically, the Moh hardness scale.

Timothy Dalton presents a bit of a challenge as there are no Da elements though the name itself is very apt in this context. However if we cheat just a little and skip one character we can call him Timothy (Aluminium) Dalton, which has a Moh hardness of 3.

Pierce Brosnan also requires us to cheat a bit as Bromine is a liquid and doesn’t get Moh hardness number (but is a well hard element in its pure form let me tell you!). So we’ll get a bit creative and call him Pierce (Bronze) Brosnan, which gives him a modest hardness of 3.

But the undisputed winner in this contest is the current Bond, Daniel (Chromium) Craig with a Moh hardness of 8.5 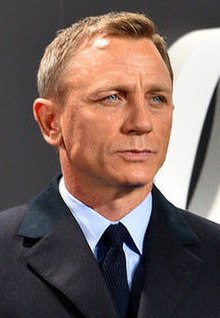 That’s pretty clear to me.

So in descending order:

almost on holidays
View all posts by martin →
This entry was posted in Uncategorized. Bookmark the permalink.